It’s not the future that you’re afraid of. It’s repeating the past that makes you anxious.

This month, we’ve been exploring anxiety and it’s the perfect opportunity to talk about the most popular EHAB quote ever (yet): “It’s not the future that you’re afraid of. It’s repeating the past that makes you anxious.” It’s from a post I made on Everybody has a Brain way back in 2012 when we were just getting started with the blog. Since then, its travelled across the tubes of the internet–it turns up in over 5 million Google results–even landing in a tweet by Khloe Kardashian. I’ll explain a few lessons from this well-travelled quote that are hopefully useful on your own journey of dealing with anxiety.

It’s totally normal to be anxious about sharing personal experiences of mental health challenges. It’s very normal to react to that anxiety and hide our experiences out of fear of being judged or stigmatized or whatever. But it really helped me to recognize that reacting to that fear of being judged was no different than reacting to any fear. And since my mental health struggles had been all about trying to control and avoid feelings I didn’t like, I couldn’t work on recovery unless I spoke openly about my mental health and pushed into that fear. Choosing to hide would have been choosing to fuel the illness. I also would have been contributing to stigma in society. There’s only one way to break down prejudice and it’s not by waiting for other people to do it for you.

The vast majority of the time, nobody will care what you wrote. They won’t care enough to even stigmatize you. So find value in sharing for yourself. Not many people engaged with the original post when it went up. We had basically no followers. The only thing that would generate much energy back then on our blog was when people would criticize our posts for being about recovery from mental illness. We were posting stuff each week and it might have seemed like it was just tossing ideas into the bottomless pit of the internet. But somebody read it. You never know what will connect with people. But nothing will connect if you don’t speak up.

One of the most powerful tools we can use to tame anxiety is creativity. For me, a huge part of recovery has been learning how to experience feelings I don’t like while doing something I value, and that something has often been creative, whether it’s creating videos or books or breakfasts. You can feel anxious while you create something you value. You can learn how to have any feeling or thought or voice or image. Being creative, on its own, is a powerful, fulfilling act. You can accept the stuff in your head and create, simply to create. It doesn’t even have to look “good”.

Right now, I wouldn’t post an image like the original graphic the quote comes from. I remember making this image. I had this idea it’d be cool to share hand-drawn quotes from a homemade whiteboard. But then I thought it looked a bit boring, and the lighting was terrible when I took the photo, so it got its pinkish hue from me messing with the filters in Photoshop. But does it look nice? It’s a weird colour combination and the hand writing isn’t spaced in a way I find particularly appealing or interesting. I don’t know if any of my stuff looks good but I think it’s safe to say that, objectively, I’ve made gooder [sic] things. And that’s ok. We can’t learn recovery skills without failing at recovery skills. We don’t learn how to swim without sinking. We don’t learn how to cook without serving up some terrible meals. One of the benefits of creating, in whatever way you want to create, is that you get to fail often and quickly. And then you create more. You take more steps. This is so important to remember as you take on a complex challenge like recovering from mental illness. Don’t wait to get anything perfect or make the thoughts go away. Take a step, put yourself out there, see where you are, and then take another step in a direction that matters to you. 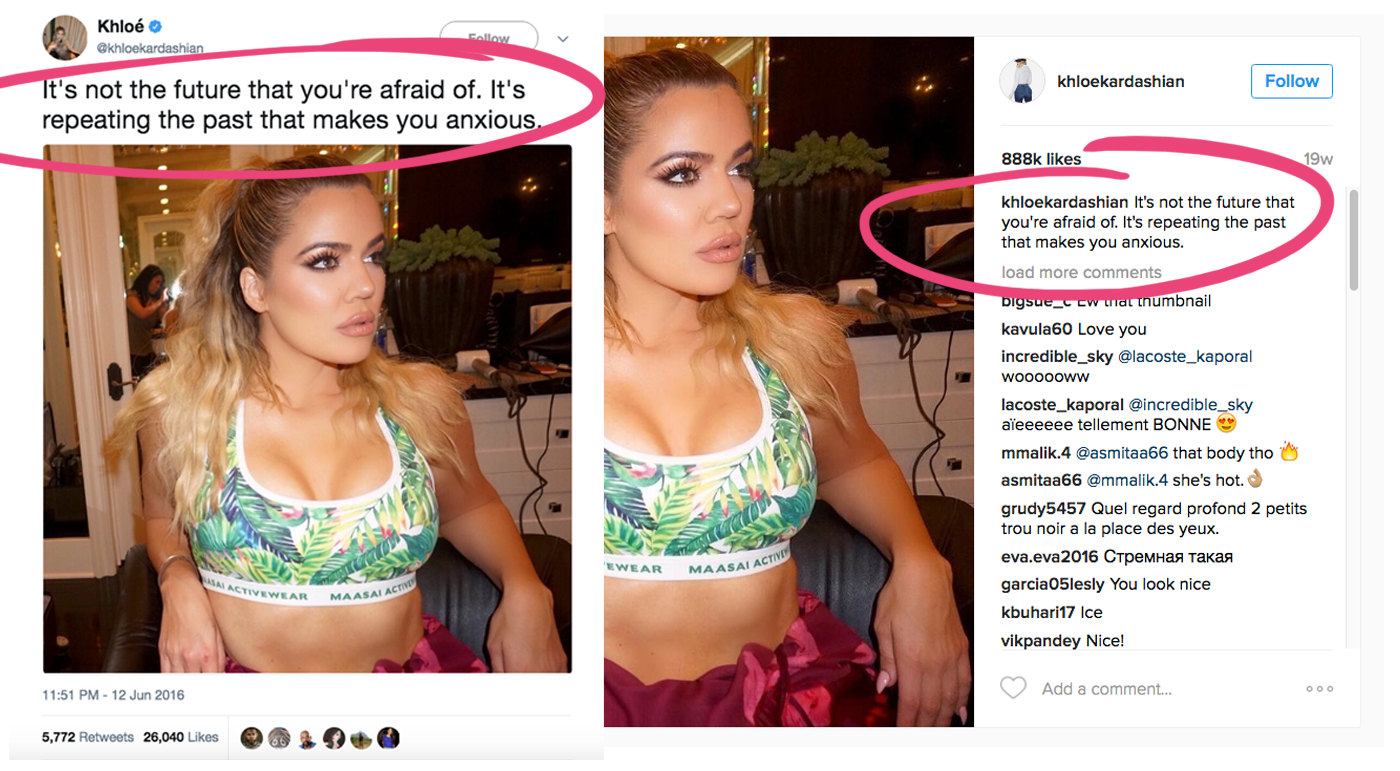 Work on healing those wounds you’re carrying around with you.

The reason for writing this quote, originally, was because I always thought of anxiety as being about my fear of bad things happening in the future. I thought it was the anticipation of disaster. But as I cut out compulsions and started making changes in my life to overcome the struggles with mental illness, I saw that anxiety was really rooted in past experiences I was dragging around with me–wounds that I’d never let heal because I was constantly picking them to make sure they healed.

It’s not always easy to see the connection with a past experience and a present anxiety about a future possibility. But sometimes it’s a simple as recognizing that we had bad experiences with uncertainty in the past and something totally new we’ve just run into is causing uncertainty now, so we get anxious. We learn to fear uncertainty and try to control it, even though we start to hate the long-term consequences of those controlling compulsions.

When we keep the focus on the future possibilities we’re afraid of, we miss out on the fact that we’re the ones carrying around the problems from the past in the present. As long as we hold onto those old beliefs and judgments and desires, we’ll keep experiencing the anxiety. It’ll keep holding us back. We’ll keep repeating the past in the hope of avoiding it.

When I saw the quote on Khloé Kardashian’s Instagram and Twitter feeds, I was making a presentation about using social media to talk about mental health. I didn’t think too much about why the quote was there. But while writing this, Entertainment Tonight filled in the gaps for me: apparently Khloé posted the quote after an episode of Keeping Up With the Kardashians where they were talking about her divorce proceedings. And when a relationship doesn’t go the way we want it to, I’d say that’s definitely the time to look at what we might be carrying around with us from the past. Are you making decisions in the present that are best for the present or about reacting to the past? What are you going to change in your next relationship? Are you trying to avoid an injury that you’ve already experienced? Are you looking for people outside of you to fix pain inside of you? How did those past experiences shape your beliefs about yourself? Are those beliefs useful to you?

We can stop traveling in circles but we’ll need to give up some of the misleading directions we got in the past.

Take a second to support us on Patreon!